New Series – The Magic of Musicals

Liam Nolan begins a new series charting the stories of the world’s most loved musicals. The Magic of Musicals will appear in each issue of Ireland’s Own throughout 2022.

For 15 years – from July 1946 to July 1961 – the Rodgers and Hammerstein musical “Oklahoma” held the record as the longest-running musical in Broadway history – 2,212 performances. “My Fair Lady” eventually overtook it – 15 years later!

“Oklahoma” was a landmark, the first of the golden era musicals, and the most influential musical of the post 1939-1945 war years.

It’s the show from which we got such famous and memorable songs as “Oh, What a Beautiful Mornin’”, “People Will Say We’re in Love”, “Out of My Dreams”, “The Surrey With the Fringe on Top”, “I Cain’t Say No”; “Many A New Day”, and “Pore Jud is Dead”. 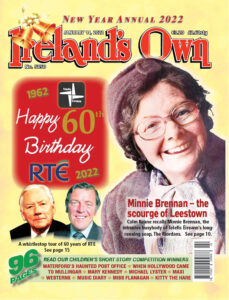 Theresa Helburn from the Theatre Guild was the one who suggested that the play “Green Grow the Lilacs” could, and should be adapted as a musical. She contacted composer Richard Rodgers. He had been working since the 1920s with librettist, Lorenz Hart. Between them they had turned out over two dozen popular musicals. They included “The Boys from Syracuse”, “Babes In Arms”, and “Pal Joey”.

Hammerstein had written the words for “The Desert Song”, “Rose Marie”, “The New Moon” and, significantly, “Show Boat”.

Hart’s physical and mental health had begun to deteriorate from the effects of alcoholism. It made him an unreliable co-worker. On top of that he found the farm folk in “Green Grow the Lilacs” uninspiring, too boring for his urbane sophisticated tastes. He went off to Mexico on vacation, but before he went he told Rodgers he thought Hammerstein would be a fine collaborator.