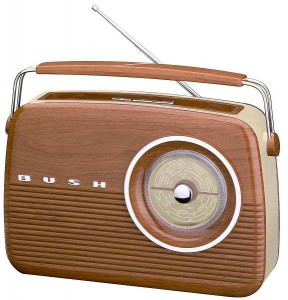 Mamie Mackey was at the half-door of her house on The Valley, listening to the match, radio going full blast behind her.

Micheal O’Hehir’s voice, hoarse, frantic with excitement, rising and falling with the rhythm of the game, came over the half-door in electrifying bursts, sending an invisible charge through the sleepy air of that Sunday afternoon.

That famous voice was compelling us to listen – always above and distinct from the constant roar of the crowd in the background, yet part of it too.

Names flew past us as we paused, Judo and I, at the door – Carey, Doyle, Devaney, Kiely, Maher, McKenna, Wall; names burned like brands into our consciousness.

The mighty men of Tipperary, Micheal O’Hehir called them. But on that Sunday afternoon the mighty men were in trouble. And Waterford men with unfamiliar names were the cause: Barron, Condon, Grimes, Meaney, Power, Walsh. Who the hell were those lads, I wondered?

If it was Cork, yes, then it would be really hard, touch and go to the end, to the very last puck. But it wasn’t, it was just Waterford.

It was the last Sunday in July, 1963, the Munster hurling final day. Tipp always won Munster finals, especially when they were playing teams like Waterford.

For as long as I could remember Tipp on the radio winning titanic hurling matches had been part of every summer, mostly against Cork.

No other games sent a charge through the summer air like Tipp and Cork. Not today, though. Mamie gripped the rim of the half-door. ‘Nothing but feckin wides in the first half, they’re three points behind now and it nearly over,’ she said, lighting another Woodbine with shaking hand. Without a word Judo and I turned away.

Paddy Kearney was leaning on his half-door too, the match blaring from the gloom of his kitchen.

‘They’re not so goddamn hot today, eh, they met their match today all right,’ he said.

A dart of resentment shot through me. I’d assumed that this would be another routine day for our heroes in Blue and Gold. But now, when it seemed they were going to be beaten, Paddy’s words sounded like betrayal.

‘A sour aul fecker,’ I said. ‘He’s only an aul’ returned Yank, sure what would he know about hurling,’ Judo said.

We moved on. The sound of the game faded behind us, then began to rise ahead of us again as we approached the Capitol cinema. Men in white shirts, sleeves rolled up, were gathered round a transistor that seemed to vibrate on the steps of the cinema such was the intensity of what it was relaying.

It was strange, seeing it, the ‘tranny’, small on the steps, the men tall, eyes fixed on it – the almost unbearable tension that seemed to thicken the air around them. They leaned over it, rigid, a kind of desperation in their poses.

Trying to visualise what was happening in a field far away in Limerick, the Gaelic Grounds, where things were not going Tipp’s way. There on the steps, far from the action, they willed their team on, seeing in their mind’s eye the dusty field, the packed, heaving crowds, the straining bodies in blue and gold; our blue and gold heroes who were going for the three in a row.

‘Arrah, feck Devaney, an open goal and you missed!’ Johnny Casey straightened, twisted away, stamped, slammed his cap on the ground, clapped his hands in frustration as O’Hehir described a series of misses by the Tipperary forwards: first came a surge of hope that had the men straightening in anticipation as Larry Kiely burst through onto the Waterford goal. This was it, Kiely had done it before; they teetered on the verge of ecstasy, they were going to snatch it at the end.

‘C’mon, Kiely c’mon, will ya.’ ‘Let fly, willya, let fly.’ ‘Bury it, bury the friggin’ thing.’ In that far field they picture Kiely’s action as he lets fly; they straighten, gather themselves for a great, relieving celebration, expecting a certain goal, anticipating the dance and shake of the net .. but no, no, no, he hits the post. They groan, they wilt; the roar of the crowd intensifies until it seems the tranny must explode . ‘For feck’s sake.’ ‘Ah Mother o’God.’ ‘No, no, no,’ screams O’Hehir in disbelief, ‘but wait, wait, the sliotar rebounds to Donie Nealon, he has it, he must score, it must be a goal .’

Again they straighten, grip one another, suspended in a brief agony of expectation, waiting to erupt, imagining Nealon swinging, striking, again the ripple of the net as the sliotar blurs past the goalie. NEALON STRIKES. ‘But no, no, no, it flies back off the other post..’ They are deflated, desperate once more.. ‘Ah bloody hell.’ ‘What’s wrong with ye?’ ‘But wait, wait,’ screams O’Hehir once more, ‘it comes to Liam Devaney, in front of an open goal …’ again the men grab one another, hope revived, this is it, it has to be, because Devaney the assassin never misses, they are almost in the act of jumping, clenched fists reaching skyward.

Devaney whips first time, unbelievably the sliotar flies over the bar. ‘Dear, oh dear, it’s over, it’s gone over the bar, it’s a point, a point for Tipperary,’ O’Hehir says, emphatically, with finality. There will be no release, no escape. They slump in dejection, hope snatched away, dreams destroyed, limp and spent from the almost unbearable tension and excitement that has ravaged them in the final minutes of the game.

The match ends. ‘Oh what a game, what a game’, O’Hehir shouts, ‘here at the Gaelic Grounds it ends Waterford eleven points, Tipperary eight, and the All-Ireland champions are out. Each word is like a coffin-nail piercing our hopes and dreams. A mini-hurricane of voices roars in one continuous cacophony of sound from the tranny. We are beaten, gone. The mighty men of Tipperary, banished . . . Out of the championship. Johnny Casey switches the tranny off. There is silence, we readjust, come back to the world around us again. Now we hear other sounds: crows on the wires overhead, voices from the cinema.

Everything within me droops, dies. I hadn’t listened to most of the match, I’d only heard the last fifteen minutes or so. I’d been looking forward to Pick of the Pops later on, but now. now it didn’t matter. The men are silent for long seconds, speechless, look at one another in shock, then all talk at once, bewildered, trying to make sense of it. ‘That Kiely should have buried it..’ ‘Too much made of that fella …’ But shur Nealon.’ ‘And as for that Devaney.’ ‘No, no, no, I’m telling ye, Kiely should have buried it the first time.’ They range back over the happenings of the game, talking, talking, going over and over the same detail, like a bereaved person going over the last hours of their beloved’s life.

Eventually they separate and walk away. Tipp’s summer of hurling is over. Later, after the evening devotions, Judo and I linger on the steps of the parish church. Every summer Sunday evening there is a gathering of men outside the church after the devotions. They meet to discuss the day, especially hurling and football matches, club and county. The shock and disbelief from earlier in the day has been replaced by anger. ‘They’ll be no three in a row now,’ says Bully, the bicycle man. ‘They’re not a patch on that forty-nine team, not a patch.’ ‘They lost it on the line…’ ‘Leahy should uv made changes, sure Doyle is past it, he’s gone…’ ‘There’s not another All-Ireland in that team.’

On they go, couching their disappointment in criticism of players, selectors, referee: they should have taken this lad off, put that lad on, this lad should have been switched, another fella shouldn’t have started. On it went for ages until Dineen, a Corkman, who rejoices loudly in any hurling setbacks suffered by Tipp, steps unsteadily from McCarthy’s hotel across the street. ‘Would ya look at who’s coming,’ Jack Ryan says. Dineen puffs himself up, beams over at the gathering.

They stare back, there is no escape. ‘Were ye saying a few prayers for ‘em, were ye? Well, yeer wasting yeer time ‘cos that Tipp’rary team ud bate nothing,’ Dineen shouts. ‘Nothing, that’s what they’d bate, feck-all, a crowd of aul’ women, they wouldn’t bate eggs.’ ‘We bet Cork, didn’t we,’ Bully shouts back. ‘Tis Waterford ye were playing today. I’m telling ye they wouldn’t bate a drum, so they wouldn’t, where’s yeer three in a row now, hah? ‘Arrah go home to bed willya,’ says Bully. ‘What about the three in a row now, hah? yeer gone, finished, ’tis gonta be a long summer for ye now, and a longer winter, c’mon the Deise.’ He moves off.

He turns as he is about to go in to the Bridge Bar and roars his parting shot. ‘Ye’d be better off coming in here for a few instead of hanging around the chapel gates. ‘Tis off to Lourdes ye should send that useless crowd – g’wan the Blood and Bandage.’ They have no answers now, there is nothing they can say, they can only listen and endure: another long winter will have to pass before there is a chance of redemption.

Later as we make our way down past the Bridge Bar to sit on the cinema wall we hear Dineen singing ecstatically inside, mangling ‘The Banks of my own lovely Lee: ‘Hoo.oow oft do my thoughts in their fanceee take flight, To the home of my childhood awaaaay’. Cork haven’t won anything – but neither have Tipp.

Read original writing every week in Ireland’s Own