The Galway Races hold a special place in the hearts of Irish people, and each summer thousands make their way to Ballybrit.

One exceptional man, who could be described as the Master of Galway Races, was Paddy Sleator of Grangecon, West Wicklow, who won the Galway Plate nine times from 1948-1976, and also two Galway Hurdles. It’s a record that may not be broken, and he was an exceptional man who was a successful trainer in Ireland, Britain, and France.
He started off pony riding, then got involved in Point-to-Points, before owning his first horse when he was just twenty years old, called Slaney Boy.

He took out a licence as a trainer in 1928 at Grangecon, Wicklow, and his first winner was West Wicklow, at Leopardstown. 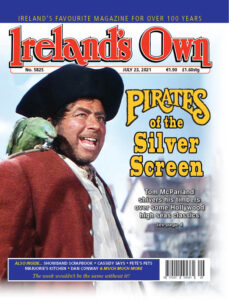 He ran into problems with the authorities several times, including as an amateur when he won professional chases; they decided to limit him to amateur races, as he was too good.

He had 74 winners in 1957, the highest of any trainer in Ireland and Britain. He had a hat trick of winners of the Irish Cesarewitch with Sword Flash, Havasnack, and Another Flash.

The stewards didn’t like this either and banned bumper horses running in flat races. Another Flash was his best horse as he won the Champion Hurdle at Cheltenham in 1960, and was also third in the race in 1962.
His first winner of the Plate was in 1948, when his horse, Silent Prayer, ridden by Tim Maloney beat Rockcorry by three lengths. Interestingly, his next five winners between 1954 and 1961 were all favourites, which shows the faith that punters had in him.