Maxi remembers one of the music world’s greatest gentlemen

Every day somewhere in the world the music of Christie Hennessy is being enjoyed.

Today I turned on the radio and heard his beautiful voice. It was what we call in showbusiness, a stop-in-your-tracks moment. No one who ever hears that melodic angelic sound could engage in any other activity until the final chord is played.

That emotional moment led me to talk with my friend, Bill Hughes, who produced an amazing documentary on Christie; it is called Messenger Boy, and is available on You Tube. Together we laughed and cried as we swapped stories about the great man. 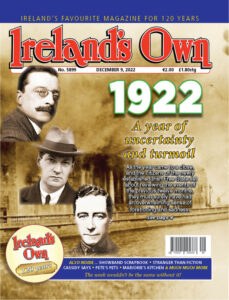 I learned that Christie left school at eleven with undiagnosed dyslexia and a fear of reading and writing. He began working as a messenger boy and found within himself, a love of music and song writing. Inspiration flowed and he built up a repertoire. To make a living he worked on a building site as a painter and decorator and sang at night. The youngest of nine, Christie was the last to leave Ireland for the United Kingdom. He got work immediately and sent money home to his mother.

A turning point in his life happened when he set eyes on his beautiful Swedish wife, Gill. They met at a disco when he asked her to dance. She hesitated and one of her friends pushed her towards him. She fell into his arms!
They enjoyed each other’s company as they danced and later in the evening she gave him her phone number. He let a few days go by and called. They arranged to go to the movies the following week and began dating.
When he confessed to her he couldn’t read or write she told him, “We can find ways around that.”

Christie confessed, “I knew then I wanted to ask her to marry me. She was brave to take on a man who had no job, no prospects and was illiterate.” They enjoyed a long and happy union and became parents to three children Amber, Hermione and Tim.

Gill advised him to up his performance fee as it would gain him more respect. He did, and she was proven to be correct. He tells the story that he used to charge seven pounds for a booking. Upon Gill’s advice he upped it to twenty. Suddenly he found himself with a more sophisticated audience and his own dressing room!