Annuals have been a part of Christmas for decades. For younger members of the family it was traditionally The Dandy or The Beano, but teenagers too were well catered for with a wide selection to choose from, as FRANCIS KAYE recalls.

During the 1950s and ‘60s, hardcover annuals were published just before Christmas each year. It was the best time of year to have these books in the shops as they made an ideal Christmas present.
For the younger people, The Beano and The Dandy were the favourites and appeared magically under many an Irish Christmas tree. Teenagers however were well-catered for as a wide selection of pop music hardback annuals were also available. 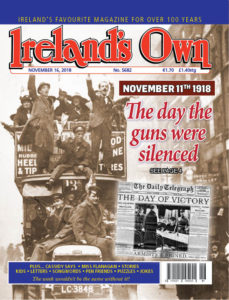 The earliest pop annual was published by New Musical Express, a prestigious weekly paper which is still in production. Stars of the late 1950s such as Paul Anka, Pat Boone, Cliff Richard and the Everly Brothers graced the covers.

At this stage, The Beatles and the mania which went with them was still in the future and the pop music scene was dominated by solo singers.

Bill Haley and The Comets were ‘ripping it up’ with ‘Rock Around The Clock’, Buddy Holly was making a name for himself and his group The Crickets and a young man from Memphis, Tennessee, named Elvis Presley was about to turn pop music on its head.