What’s another year? – a sad one, when it sees the passing of the irrepressible Shay Healy.

To those of us who grew up in the 1970s and 1980s, Shay was a constant – and always amusing and entertaining – presence on our television screens, or on radio.

There was no one better at cocking an amused eye at whatever happened to be going on in the country at the time, or engaging in the time honoured Irish tradition of ‘slagging off’ the great and the good – but always in a good-humoured and witty way. But this comedic side was only one aspect of the many talents which Shay possesed, and which we were lucky enough to enjoy over the nearly 50 years of his showbusiness career. 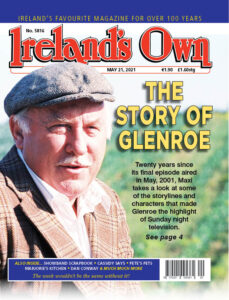 You could say that Shay was born into show-business as his father (Séamus), although a civil servant by day, was a talented actor by night, performing at both the Abbey and Olympia theatres. His mother, Máirín, was a singer of traditional songs who also wrote plays and short stories, and encouraged young Shay’s early talent for writing.

In fact, this led to his very first appearance on the national broadcaster, Radió Éireann, at the tender age of 15, reading a self -penned piece.