Shining Stars of the Grand National

There are few sporting events that can equal the Grand National for its atmosphere and excitement. It is a supreme test of courage and horsemanship and all who take part can rightly consider themselves champions in the sport of kings, writes Gerry Breen.

The Grand National is said to be the world’s toughest race for horse and rider in the world. It is a handicap steeplechase over 4 miles and 514 yards, with horses jumping 30 fearsome fences over two laps.

It is the most valuable jump race in Europe, and since it was first run in 1839 it has provided more than its share of thrills and heroes.

By the time the field comes under starter’s orders at the famous Aintree course in Liverpool on 8th April, it is expected that between 500 and 600 million people from 140 countries will be tuned in to their television sets to watch the drama unfold. Along with those watching from the comfort of their homes, it is expected that there will be a 70,000-strong attendance at Aintree racecourse to cheer on their favourites. In just under ten minutes of dramatic action, up to forty horses will battle it out in what is generally regarded as the most dangerous event in the racing calendar.

Although the Grand National is famous for its unpredictable nature, it is the one big race of the year when even the most unsophisticated punters are convinced they can pick the winner and they are ready to put their money on a horse because they like its name or because they like the jockey or the colours he is wearing. In any event, everyone wants to be part of the excitement.

First run in 1839, the Grand National had a prize fund of £1 million in 2016, and the race enjoys enormous popularity even amongst those who do not normally watch or bet on horse racing at other times of the year. 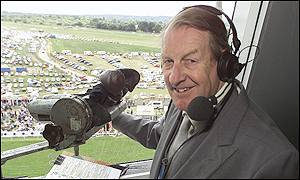 The course over which the race is run features much larger fences than those found on conventional National Hunt tracks. Many of these, particularly Becher’s Brook, The Chair and the Canal Turn, have become part of racing lore and, combined with the distance of the event, create what has been described as ‘the ultimate test of horse and rider’.

Continue reading in this week’s Ireland’s Own (issue 5596)