Stoker and the Irish Vampires

Tarquin Blake takes a look at the origins of ‘vampires’ in Ireland, and how they inspired Bram Stoker’s most famous vampire of all, Dracula. 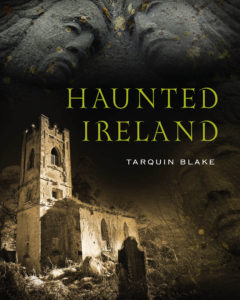 In Slaghtaverty townland, in the parish of Glenuilin, County Derry, there is a stone monument, at the centre of which grows an ancient weather-beaten hawthorn tree (pictured). This is the burial place of the tyrannical warrior chieftain, Abhartach.
The townland derives its name from a corruption of the Irish, laght-abhartach, which translates as ‘sepulchral monument of the dwarf ’.

Although apparently diminutive in size, Abhartach ruled viciously over his people by the use of black magic.

Eventually, having perpetrated many cruelties on the people, he was at last vanquished and slain by a neighbouring chieftain. He was buried here at Slaghtaverty, in standing position, the ancient burial position of a warrior, at the bottom of a deep pit.

The next day, however, he bizarrely reappeared, and was more ferocious than ever. He attacked a number of his people and was seen drinking their blood in a gruesome gory ritual. Again he was slain and again buried in a standing position in the pit. The following day, when he again reappeared, the wise druids were consulted, who deemed Abhartach a dearg-diúlaí, meaning, ‘red-blood sucker’ who sustained his life with the drinking of human blood.