Stranger Than Fiction – The Horror of the Vampire Lover

It was early evening in November, 1930, and already the street lights were casting deep shadows as 20-year-old Elke Neuman walked briskly towards her family’s flat in Axen Straase, where her elderly father was waiting for his evening meal.

Suddenly, a piercing shriek shattered the quiet of the thoroughfare. Witnesses would later say that the contents of Elke’s shopping bag–bread, butter, sausage, tinned soup and other groceries–cascaded across the pavement as a dark figure seized the girl and dragged her into an alleyway. 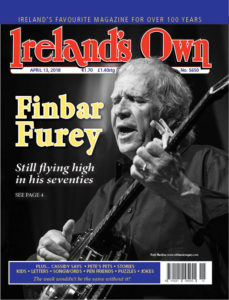 Police were called and they found her body huddled near a dustbin. The attractive blonde clerk had died a bizarre, dreadful death–nearly all the blood in her body had been drawn out, apparently through two savage bites in the neck.

Since that summer, Berlin had been the scene of two other horrific murders carried out in vampire-style fashion. But this one was different. This time the killer had attacked an innocent girl. The other victims, women from Berlin’s red light district, had unwisely invited the murderer into their rooms.

At first Berlin police treated the cases as routine killings. After all, vampires were a literary invention–or were they? After hearing the testimony of Maria Honecker the most cynical detectives could not help but wonder.

Maria, a sturdy 18-year-old of farming stock, had come to Berlin from Austria and now worked in a bar near the main railway terminus.

She seldom turned down a drink from a good-looking stranger and when one appeared in the bar near midnight one Saturday in September, 1930, she accepted several glasses of wine and agreed to meet him at her bed-sit after the bar had closed.

Maria was later to tell police: “He said his name was Werner and he was a salesman from Frankfurt. He was about 35, quite handsome with dark hair and wore a neat blue suit.

“He said he wasn’t married and was lonely. I thought it would be quite alright to see him after work.”

Berlin’s worldly detectives had heard it all before, but not the next part of Maria’s story. According to the girl, when the blue-eyed stranger actually arrived in Maria’s shabby room, an astonishing transformation took place.

“He was sitting with a drink and he suddenly turned round. His face had changed–it was horrible–like a corpse–and he had two big teeth, like a dog’s.”