Tale of the ‘Gorgeous Gael’

Whenever Jack Doyle stepped through the ropes, you could bet with a fair amount of confidence that the fight would not last the scheduled distance, win or lose. Only one of his 23 fights went all the way. The handsome 6ft 5ins heavyweight from Cobh, Co. Cork had a mighty wallop in his right hand and when it landed, it was usually goodnight for the opponent. If it didn’t, it was so often goodnight for Jack. 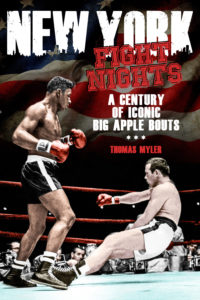 Doyle was billed variously as the ‘Gorgeous Gael’ and the ‘Punching Playboy’ and it is generally agreed that had he paid more attention to the rigours of training and taken his boxing more seriously, he ‘coulda been a contender,’ – as Marlon Brando’s character put it in the movie On The Waterfront.

Jack also had a fine tenor voice and did concert tours here and in the UK but it is as a boxer he will be best remembered. At the height of his popularity in the 1930s, he garnered more space in newspapers and magazines than many world champions of the time, even if the coverage was often more about his antics outside the ring than performances inside it.

Doyle’s big problem was that he liked wine, women and song a bit too much. He was probably the original Irish hell-raiser long before the likes of Richard Harris and Peter O’Toole. He once had three chauffeurs, 25 Savile Row suits and dined on caviar washed down with the finest champagne. Society women attended Doyle’s big fights and movie actresses fell for him. It was often said he must have kissed the Blarney Stone in his native Cork for his chat-up lines.

I was fortunate enough to have interviewed Jack several times in Dublin and London when working for the Evening Herald, and found him to be a charming and fascinating man who always had a good story to tell, though often embellished, it must be added.
One of six children born to local sailor Michael Doyle and his wife Anastasia, Jack was a strapping six-footer by the time he was 16 and found employment as a bricklayer on a building site to add to the family’s modest income. It was in street fights, mainly against bullies, that he discovered the power in his right hand and felt he might make a good boxer.