Tell Me A Story Podcast with Seanchaí, Eddie Lenihan

TELL ME A STORY PODCAST

“Eddie’s stories are not for the faint-hearted, but then good stories never are.”

Eddie Lenihan is Ireland’s most well-known storytellers. He has been telling tales now for 35 years. As a cultural preservationist, Eddie has amassed the largest collection of folk stories and tales in Ireland. His dedication to the tradition has seen him collect and compile stories from all across the country, particularly those that deal with the themes of the supernatural, fairies, and mythological heroes.

Each month, Eddie shares Irish wisdom and stories from the past on the Tell Me A Story with Eddie Lenihan Podcast, recorded from his home in Co. Clare. The series is produced by Philip Murphy and John Lillis, and features music by Clare Sands. 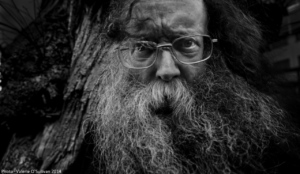 Episode 6 is out today [Wednesday 1st April]. In this episode, Eddie looks back on how he was first introduced to storytelling and collecting in Brosna in Co. Kerry.  He explores the importance of passing down stories from one generation to the next, and how it preserves our cultural and traditional beliefs.

He speaks on the unique relationships that are formed with the older generation through documenting their stories and experiences, and the wisdom and superstition that permeates these tales.  The role of the seanchaí in Ireland has evolved and changed over the generations, and Eddie discusses the impact of losing such a tradition within Irish society.

The previous five episodes delve in to tales of the traditions and legends that surround the festival of Samhain; An introduction to Biddy Early, the bean feasa, the “wise woman” of Clare; Animals in Irish Folklore and their importance in storytelling; St Brigid – one of the Patron Saints of Ireland; And defiant Irish women in Irish folklore like Máire Rua McMahon from Co. Clare, and her trials and tribulations with her various husbands

You can find Tell Me a Story with Eddie Lenihan on various streaming and podcast apps such as Acast, Spotify, Stitcher, Youtube, etc.