The Ballad Sheet – The Boys of Wexford

From Glenosheen, County Limerick, Robert Dwyer Joyce (1830-1883) began his professional career as a Commissioner for National Education. While teaching in Clonmel, and later in Cork, he devoted much of his spare time to writing poetry and to collecting traditional songs and tunes from people who lived in the more rural districts of Munster.

While on his travels, he collected what he described as ‘fragments of an old song’ called ‘The Boys of Wexford’. Though he did not say from whom or where he got it, he kept the title intact and composed new words to suit this disjointed piece, and the re-born ‘Boys of Wexford’ was published in December 1860 as part of Joyce’s hefty tome, Ballads, Romances and Songs. 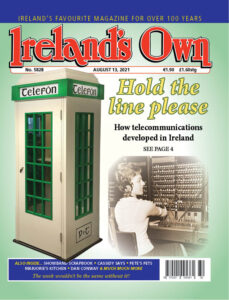 Having reviewed the book during the Christmas break, the editor of the Irishman was left in no doubt that the ballad would ‘become at once popular’, the Kilkenny Journal adding that Ballads, Romances and Songs ‘ought to be in the hands of every Irishman’.

In essence, the five-verse song was Joyce’s salute to the United Irishmen of County Wexford who fought against Crown forces during the summer of 1798, at Vinegar Hill, New Ross, Wexford town, Tubberneering and Oulart Hill.

But the ballad was not entirely complimentary to the rebels, far from it. Verses three, four and five inform the reader that an over-indulgence in alcohol played a significant part in their downfall: these offending verses are usually omitted or amended when the ballad is sung today.

But the authorities were not particularly concerned about his references to drink; they were much more concerned about the overall rebellious nature of the lyric. The rise of Fenianism in the mid-1860s did much to increase the ballad’s popularity in Ireland, and it became a favourite among those Fenian prisoners who were transported to prison camps such as West Guildford in Western Australia.