“It is not the style of poetry we care to publish in our columns,” said the editor of The Leader, a conservative newspaper based in Melbourne, Australia. This rather priggish retort was published on the 17th of December, 1892, in response to a request from ‘Garup’, a reader who was looking for the words of ‘The Wild Colonial Boy’.

We simply do not know who composed this ballad, which seems to have slowly ‘emerged’ in Australia in the middle of the 19th century, but we can say for certain that it celebrated the life and times of that rebellious Irishman, John (‘Jack’) Donohoe. 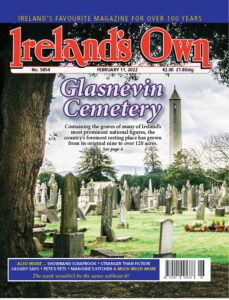 Born in Dublin around 1807, in 1824 Jack was convicted of stealing, for which he was sentenced to transportation to Australia. Together with 200 other convicts, he arrived in Sydney Cove on the 2nd of January, 1825, on board the Ann & Amelia, a 558 ton prison ship that had sailed out of Cork.

While being put to work on Major West’s farm at Quaker’s Hill, about 40km north of Sydney, Jack managed to escape his captors but was soon apprehended. In February 1827, he was found guilty of having committed ‘highway robbery’ and a few weeks later, the Supreme Court found him guilty as charged, and sentenced him to death by hanging, but while being escorted from the court building to Sussex Street Gaol, he made a successful bolt for freedom.

Donohoe then joined a band of outlaws (‘bushrangers’) which was sometimes led by William Underwood, a twenty-eight-year-old felon who hailed from County Antrim. For the next three years, Donohoe and Underwood would become the scourge of the gentry in New South Wales, carrying out a series of armed robberies in places such as Windsor, Bathurst, Prospect, Penrith, Parramatta, and, of course, Sydney.

Described by the Sydney Monitor as ‘modern Robin Hoods’, this fearless duo operated with military precision. When staging a stick-up, they often hid their horses in the bush, then lay in wait beside a nearby road, each watching out for any well-dressed horseman, or a gig carrying ‘respectable-looking’ passengers.