The Battle that Began the Irish Civil War

During the night of 15 April, 1922, three months after the Anglo-Irish Treaty had been narrowly ratified by the Dáil, an IRA force that opposed the Treaty quietly moved into the buildings of the Four Courts complex on the Liffey quays in Dublin.

Led by Rory O’Connor and Liam Mellows, they established the General Headquarters of Óglaigh na hÉireann, because their former headquarters, in the Gaelic League Hall in Parnell Square, was too small and not suitable for their purposes. This action disrupted not only the highest courts in the land, but the important business that was being carried on in the Land Registry Office and the Public Records Office.

It was a major escalation of the activities that had been carried out by the IRA throughout the country since the ratification of the Treaty to undermine the Provisional Government. 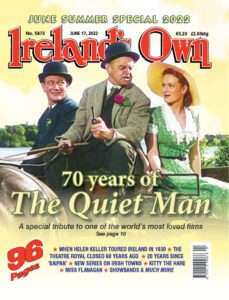 The Solicitor’s Block, behind the main Four Courts building, was selected as the Headquarters offices, and the Public Records Office was turned into a factory for making hand grenades and mines, for the anti-Treaty IRA were not only planning the destruction of the Treaty, but organising military operations against the new Northern Ireland state.
They should have been immediately evicted by force, but the Provisional Government had been working towards finding find an agreement that would re-unite the country, and the new National Army was not yet up to sufficient strength, so they delayed taking action.

After two months, with the situation further escalating in the country, the decision was taken to oust the trespassers, by force if necessary. In addition to some of the IRA executive, there were about 110 IRA men scattered through the buildings, ready to defend their new headquarters.

Although the garrison had over two months to prepare for attack, however, little had been done for defence other than sandbagging windows and laying barbed wire and a few mines.

The garrison commander, Paddy O’Brien, knew he had insufficient men to defend the long perimeter, and although he had made recommendations to Liam Lynch, chief of staff of the IRA army council, about what was needed to properly defend the complex, his suggestions were ignored.

On Tuesday, 27 June, some of the leaders in the Four Courts became convinced that an attack was imminent, and Ernie O’Malley described members of the IRA executive sitting in a circle that evening on the marble floor under the great dome, discussing their options should shooting begin. Liam Mellows arranged for many boxes of Headquarters files and a large amount of cash, as much as £40,000, which would be worth well over a million today, to be removed from the courts into the care of Fr. Dominic O’Connor in the Capuchin Friary in Church Street.

Late that night, in misty humid weather, a force of five hundred men of the newly formed National Army, under General Emmet Dalton, began to surround the Four Courts.

Two eighteen-pounder field guns, borrowed from the British Army, were wheeled into place across the Liffey from the courts: their National Army crews had never fired such guns before and had only received two hours of instruction in their use. At dawn on Wednesday, after demands that were made to vacate the courts were ignored by the garrison leaders, the peace of Dublin was shattered by the boom of field guns and the crack of rifles as the National Army opened fire.

The Irish Civil War had begun.