Felice and Boudleaux Bryant were the songwriting husband-and-wife team that had songs recorded by famous names from Buddy Holly to Simon and Garfunkel, to Elvis Presley and The Beatles.
In all, their songs sold over half a billion records worldwide. LIAM NOLAN profiles the couple that gave us such gems as ‘All I Have to do is Dream’, ‘Raining in my Heart’ & ‘Love Hurts’ among more

The Bryants’ figures are astronomical: they wrote nearly 6,000 songs together, sold over half a billion records – that’s more than 500,000 records – and their output included more than 1,000 recordings. Those figures merit an exclamation mark any Sunday during the week.

Who recorded their songs? Everyone from Roy Orbison to Simon and Garfunkel, from Tony Bennett to Buddy Holly, from Bobby Gentry to Gram Parsons, from Dean Martin to Eddie Arnold, from Bob Dylan to Johnnie Ray, from Frankie Laine to Al Martino, from The Grateful Dead to Sarah Vaughan, from Billy Eckstein to Dina Shore, from Herb Alpert to Percy Faith, from Elvis Presley to the Beatles and the Beach Boys.

And of course, most memorably, the Everly Brothers, Don and Phil.
Six thousand songs written over 30 years – were they just churned-out, so-so songs? No, a lot of them were classics – songs like “Bye Bye Love”, “Wake Up Little Susie”, “Rocky Top”, “Love Hurts”, and “All I Have to do is Dream”. Many of them became pop music standards.

So who were the Bryants? They were Nashville’s first professional songwriting team, the first to come to Nashville and make a living by writing songs. That alone made them a phenomenon inside and beyond country music.
Initially he was a mechanic and a musician. She was neither. 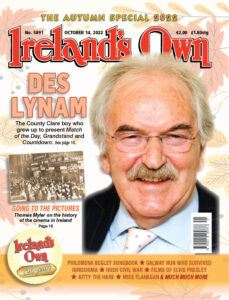 His name was Boudleaux Bryant. Boudleaux? Odd-sounding name for a Georgia boy. He was named after a Frenchman who saved his father’s life in the First World War.

His wife’s name before she married Boudleaux was Matilda Genevieve Scaduto. Her people came from Italy. She didn’t read music, didn’t play an instrument, and had nothing to do with songwriting. But as a kid she had sung on radio during the Second World War.

She was an elevator operator (a lift attendant) in the Schroeder Hotel in Milwaukee, her hometown. She liked writing little bits of poetry that could be used as song lyrics, and she had a natural feel for music.
One afternoon in 1945 she struck up a conversation with a hotel guest, a guy who wore glasses and carried a violin case. Must be a musician, she thought (he was playing in a jazz band at the hotel).
His full name was, to her, kind of poetic sounding – Diadorious Boudleaux Bryant.

The guitar wasn’t the only instrument he could play. He was also able to give a good account of himself on classical and jazz violin, piano, bass, and sousaphone.
She found out later that the poetic sounding Diadorious Boudleaux Bryant had, in his teens and early twenties, played with jazz bands, a symphony orchestra, pop combos and country groups.

But it was one one-nighter after another, and he found it harder than any physical work he had ever done.
He and Ms Scaduto were attracted to each other. They didn’t, as the hoary old clichéd phrase had it, let the grass grow under their feet. Three weeks after first meeting they were married. He nicknamed her Felice (it means Happy). That’s what she was known as till the day she died.

He later revealed, “We started writing for the hell of it, for fun. After doing about 80 we thought, ‘This looks like it could be a good thing,’ but we originally wrote them for our own amusement, and we’d show them to our friends.”