The Kidnapping of General Kreipe

A classic war film from 1957, starring Dirk Bogarde in the principal role, tells the true story of a Nazi general at the height of WWll. Few were aware, however, that the kidnappers had strong links to Ireland, as PAT POLAND explains.

Major – General Karl Kreipe had every reason to be pleased with himself. The forty-nine-year old bachelor German, son of a Lutheran pastor, had been a career soldier all his adult life, winning the Iron Cross at the Battle of Verdun during the First World War.

On 1 March, 1944, Kreipe was appointed OC of German forces on the Greek island of Crete to replace General Friedrich Muller, who had been recalled to Berlin. The welcome increase in his army pay would mean a little extra for his two elderly sisters, whom he maintained, back in Germany. 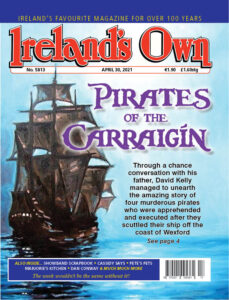 In marked contrast to the avowed Nazi Muller – nicknamed the ‘Butcher of Crete’ – Kreipe (pronounced ‘Cry-puh’) was an avuncular, cultured man, who liked nothing better than a good rubber of bridge after his day’s work.

Early in 1944 a scheme was hatched to kidnap Muller and spirit him away across the Mediterranean to Allied-held North Africa. The idea was that it would be a boost to Cretan morale and ‘one in the eye’ for the enemy.

The architects of the plan were two young British Army officers, Anglo-Irish Major Patrick (‘Paddy’) Leigh Fermor, Irish Guards (29) and Capt. W. Stanley (‘Billy’) Moss, Coldstream Guards (23), both attached to the Special Operations Executive based in Cairo, Egypt. Upon learning that Muller was no longer on the island, they decided to go ahead with the operation, anyway.