The Mystery of the Bermuda Triangle

In 1964, American author, Vincent Gaddis, described an area of the North Atlantic Ocean, near Florida, where ships had been mysteriously disappearing since at least the 19th century as ‘The Bermuda Triangle’. John Morris reveals more…

Reports of mysteriously disappearing ships in a defined area of the North Atlantic Ocean near Florida have rumbled on since at least the 19th century. But in 1964, American author, Vincent Gaddis, writing in Argosy magazine, came up with a name. Describing the 500,000 square mile equilateral triangle, its three points marked by Miami in the west, Bermuda to the north-east, Puerto Rico to the south, he called this area the ‘Bermuda Triangle’, claiming it had “…destroyed hundreds of ships and planes without trace”.

The ‘mystery’ of the Bermuda Triangle may have its eerie origins in a comedy written by William Shakespeare. The Tempest, is believed by some to have been based upon a real-life Bermuda shipwreck in 1609, when the magician Prospero caused a fearful storm sinking the ship. 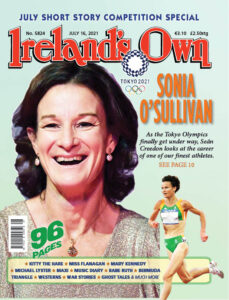 In 1909, Joshua Slocum, the first person to single-handedly circumnavigate the globe, disappeared on a voyage from Martha’s Vineyard to the West Indies. This was a 1,600-mile journey that almost certainly took him through the Bermuda Triangle.

Less than a decade later, the biggest ship in the U.S. Navy, USS Cyclops, vanished without trace.
In March 1918, the 19,000-ton cruiser disappeared on a voyage between the West Indies and Baltimore via Barbados. She was almost 550-feet long and fielded a crew of 306. The last known radio message sent from within the Bermuda Triangle was: ‘Weather Fair, All Well’. But without even sending an SOS, the ship, and her entire crew simply vanished.