The Notorious Axe Murderer of Berrima

Jonathan A. Smyth tells the story of Cavan-born John Lynch, who is believed to have killed 10 people in the Berrima area of New South Wales from 1835 to 1841, making him Australia’s most prolific individual serial killer.

Before the term ‘serial killer’ came into use, one of the most notorious nineteenth century murderers brought fear to Berrima, Australia, a village with a population of 300 people.

John Lynch, an Irishman, who used the alias John Dunleavy, killed repeatedly at every opportunity when financial gain presented itself. His weapon of choice was a tomahawk axe which led the newspapers to dub him, ‘the Berrima axe murderer’.

In 1841, Lynch, calling himself John Dunleavy, arrived in Berrima. Within a short amount of time, he came to own a farm which he maintained he had bought from a Mulligan family. The Mulligans appeared to have left Berrima without saying goodbye to their neighbours; but being under investigation for illegally selling ‘grog’ and wishing to escape the law’, their departure seemed plausible enough. We will return to the Mulligans in a moment.

On the morning of February 19, 1842, the body of a farm labourer named Terence Landregan was found by Hugh Tinney who, when driving cattle to market, saw a dingo pawing in the undergrowth. Landregan’s skull had been split open. 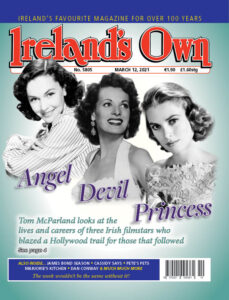 John Dunleavy, a man of low stature, was reported as the last person to have been seen in Landregan’s company and the police soon discovered that Dunleavy’s cartwheels matched the cart tracks found at the scene of the crime.
One of the cartwheels was seized and therefore left a distinctive mark on the ground. Dunleavy was arrested by the police when wearing Landregan’s boots and a bloodstained shirt.

They quickly learned that the arrested man’s real name was in fact John Lynch.
Transportation

According to ‘The World Encyclopaedia of Serial Killers’ by Susan Hall, John Lynch was born in Co. Cavan on November 26, 1813. It is believed that he came from an area between Bailieborough and Killinkere. His father was Catholic, and his mother is believed to have been Protestant.

When he was nineteen, he got into trouble with the law and was sentenced for transportation to a penal colony in New South Wales, Australia. According to the Cavan Assizes for the Summer of 1831, John Lynch was charged for felony, arson, and riot.