The Origins of ‘Forty Winks’

When one gets to a certain age, one of the ‘perks’ is being able to indulge oneself in “forty winks”. Sometimes, when meaning to read the evening paper, or catch up with the news on television, I have ‘dropped off’ and awoken an hour and a half, perhaps two or three hours, later. I guess that could still be called “forty winks”. 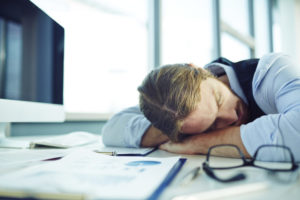 We had a bit of a discussion about that very topic down in Dolly Harney’s Select Lounge one night recently. We tend to think of a wink being something as brief as the wink of an eye. But: it isn’t so. Not where forty of them are concerned. And anyone who gainsays that pearl of wisdom will risk the wrath of The Irascible One.

As it was, he rose up like a sleeping giant from behind his red top newspaper, and silenced us with a sort of shocked expression on his physiogamy. “What do you mean, the wink of an eye?” he demanded. “Don’t tell me you don’t know what the wink of an eye is,” I said, risking life and limb. “A wink,” he said with barely-controlled intensity, “a wink is a fourteenth-century term for a short period of sleep.”

That woke us up and quelled us to silence all at once. A silence that was as short – or as long – as a mediaeval wink. “Well, fancy that.” said Little Jimmy Murphy. “I knew you were getting on a bit,” grinned Dolly from behind the partly-polished pint glass in her hand, “but I didn’t think you were that ancient.”

At which point, Johnny Begley sought refuge behind the paper curtain of his tabloid newspaper. I’m not sure, but I’d swear he was grinning.

The term “forty winks” was first committed to print by the novelist George Eliot in 1828: she must have been a schoolgirl then, as she was born in 1819.  And she was Mary Ann Cross when wrote that she’d had “forty winks on a sofa in the library”. Later she married a Mr. Evans and was Mary Ann Evans until she adopted the male pseudonym George Eliot.  “That’s a funny name for a woman writer,” opined Little Jimmy.

But of course it wasn’t, for no one knew that George Eliot was a woman. Back in those late-Georgian-cum-early-Victorian times, publishers expected the ‘fairer sex’ to write “romantic novels” and nothing more. Had Mary Ann Evens sent in ‘Adam Bede’ or ‘Middlemarch’ to a publisher, those manuscripts would have been rejected out of hand. But George Eliot: now that was a different matter entirely.

And so her first novel, ‘Adam Bede’, was published amid much acclaim and was a great success. When her publisher  found out George Eliot was Mary Ann Cross, he was probably very cross.

In antique times, forty was called into practice not only as the precise number that we use today, but also as an indefinite term for a large number. There are frequent biblical references to ‘forty days’, which has been taken to signify ‘a great length of time’ – a more metaphorical usage – rather than the literal meaning of forty calendar days. Because of this, the number forty came to have an almost mystical quality.

Forty winks, then, could mean forty or forty times forty.  Or forty times that again.  The biblical wink could be as lengthy or as immeasurable as our modern-day moment. Or the typical Irish ‘just a minute’, which could equally mean ten or fifteen of them, but seldom or never ‘just a minute’.

You could wait a considerable time while on the phone to a governmental department. Just as well, then, if, for ‘waiting-music’, they’ll play something thundering from Beethoven or Tchaikovsky – otherwise you might be tempted to understudy Mary Ann Cross and have forty winks while you’re waiting.