Dominic Behan, brother of hell-raising author, Brendan, was the writer of many great songs. Here we explore the story of the younger Behan, and his song, McAlpine’s Fusiliers.

Ask anyone about Dominic Behan and probably the best answer that you would receive would be that he was Brendan Behan’s brother. 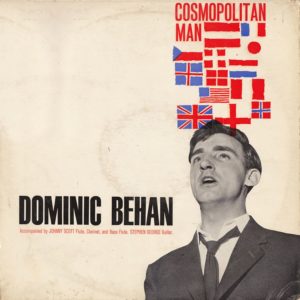 Of course, Brendan Behan was a genius of a playwright and author. He was also a brawling, boozing broth of a bhoy and stage Irishman. He was lionised by the Establishment despite claiming to detest them. His mythic legacy was enhanced by his tragic and untimely death at the age of 41, in 1964.

What of Dominic Behan?

Dominic was born into the multi – talented Behan family in Dublin in 1928. Like his brothers and father, he worked as a house painter before moving to London where he wrote radio scripts for the BBC as well as writing some of the songs for which he is remembered, including McAlpine’s Fusiliers.

Later, Christy Moore and The Dubliners, among many other illustrious names, would count him as one of their strongest influences.