The Role of Bovril in WWI

During World War 1, Bovril played a large part in supplying the troops with food and nourishment throughout their time in active service.

The “War to end all Wars” as it became known, was one of the deadliest conflicts in history and originated in Europe following the assassination of Archduke Franz Ferdinand, heir presumptive to the Austro-Hungarian Empire. 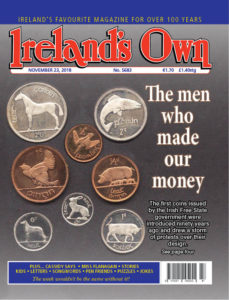 It began on the 28th July 1914; some four-and-a-half weeks after the assassination, and ended on the 11th November 1918. The total number of both military and civilian casualties was estimated to be 37 million people.

‘Johnson’s Fluid Beef’ as Bovril was first known, was invented by John Lawson Johnson, a Scotsman, who, in 1870, won the contract to supply one million cans of beef to the French Army during the Franco-Prussian War.

As there was not enough meat of any kind available in England at the time to fill the order, Johnson came up with the idea of mixing beef extract with yeast and putting the product into small jars. All that was necessary was to add boiling water to the jar’s contents to produce a healthy hot drink.

Within 20 years of its invention sales of Johnson’s product took off in England with at least 3,000 pubs and grocery shops selling the product.

In 1886, Johnson renamed his product ‘Bovril’ after reading references in a book. The first part of the word ‘Bo’ comes from the Latin word ‘Bos’ meaning ox. (It is interesting to note that the word Bó is also the Irish word for cow). The second half ‘Vril’ was a made-up word used by the popular science-fiction author, Bulwer Lytton in his 1871 published novel The Coming Race.