The Sinking of the Empress of Ireland

Just two years after the world was shocked by the sinking of the Titanic, another passenger ship sank in Canadian waters with an even greater loss of life. The Empress of Ireland was the pride of the Canadian Pacific Steamship Company. Built in Glasgow, the Empress made its maiden voyage from Liverpool to Quebec in June of 1906. For the next eight years, it would safely carry tens of thousands of passengers across the Atlantic between Canada and the United Kingdom until the fateful night of May 29 when she foundered in only fourteen minutes. Of the 1,477 people on board, 1,012 died, making it the worst peacetime marine disaster in Canadian history, writes PAULA REDMOND

In May 1914 the transatlantic liner Empress of Ireland sank in the St. Lawrence River, Canada, with a loss of more than one thousand lives after colliding in fog with Norwegian bulk cargo ship the SS Storstad. Despite the huge loss of life, the disaster has become somewhat overshadowed in history by the Titanic (1912) and Luisitania (1915) disasters.

The Empress of Ireland along with her sister ship the Empress of Britain, were steam liners built specifically to cater for increasing numbers of immigrants from Liverpool to Canada. Owned by Canadian Pacific Railway, each ship provided a weekly service to Canada starting in the summer of 1906.

On May 15th, 1914, the Empress of Ireland set sail from Liverpool to Quebec. She began her homeward journey on May 28th and sighted the Storstad at approximately 2am on May 29th. The Empress was still very close to shore with her pilot ship having left her just shortly beforehand. The Storstad was also staying near to the coast with her pilot ship due to meet her shortly to guide her up river to Montreal. 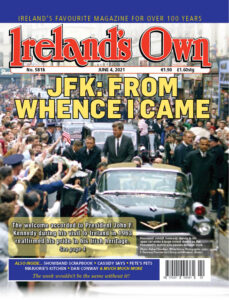 When the ships first sighted each other the skies were clear. Captain Henry Kendall of the Empress approximated that the Storstad was roughly eight miles away. He believed that this gave him adequate time to cross her bow prior to setting his course for more open water.

When the captain decided that he was beyond the Storstad’s path he set his course believing this would enable both vessels to safely pass one another starboard (right side of a vessel when looking towards the front of ship) to starboard side.

Shortly afterwards a bank of fog crept in, preventing either ship from seeing the other. Captain Kendall was concerned about the proximity of the two ships and thus gave three blasts of his whistle.
This was to indicate that he was ordering his engines full astern. Travelling very slowly, the Empress kept on the course set by the captain while watching for a sign that the Storstad had passed safely by.

Suddenly Captain Kendall saw the masthead lights of the Storstad. The ships were too close to avoid collision but Captain Kendall ordered the Empress sharp to starboard in an attempt to move the stern and minimise the impact.