On September 12, 1953, Jacqueline Lee Bouvier wed John Fitzgerald Kennedy, in Newport, Rhode Island. Long before the pair became the President and First Lady (the first Catholics to hold these positions), the beloved couple were making a splash in what was described as the ‘Social Event of the Year’.

Jacqueline Bouvier had been born into a well-connected New York family, and Kennedy was the good-looking junior Senator from Massachusetts. Jackie, the former debutante, after graduating from George Washington University in 1951, was hired as the Washington Times-Herald’s ‘Inquiring Camera Girl’.

She met Kennedy on the dinner-party circuit in Georgetown, and the two hit it off. The couple had been dating for two years when he proposed with a Van Cleef & Arpels ring set with a 2.88-carat diamond and 2.84-carat emerald.

The ‘Wedding invitation’ (a copy of which may be seen at The John F. Kennedy Library and Museum in Boston) was printed in black ink on a cream coloured paper. It stated: Mr. and Mrs. Hugh Dudley Auchincloss request the honour of your presence at the marriage of Mrs. Auchincloss’ daughter Jacqueline Lee Bouvier to The Honorable John Fitzgerald Kennedy United States Senate on Saturday, the twelfth of September at eleven o’clock. Saint Mary’s Church Spring Street Newport, Rhode Island
More than 800 guests including senators, diplomats and other notables descended upon St. Mary’s Catholic Church in Newport, to attend the nuptials. 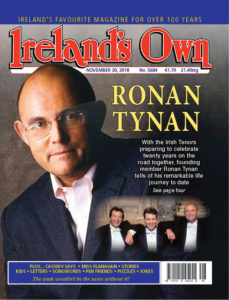 The bride wore a dress of ivory tissue silk, with a portrait neckline, fitted bodice, and a bouffant skirt embellished with bands of more than fifty yards of flounces. Her rose point lace veil, worn first by her grandmother Lee, was draped from a tiara of lace and orange blossoms.

Jacqueline wore a choker of pearls and a diamond bracelet that was a gift from the groom. The bride’s bouquet was of pink and white spray orchids and gardenias. The look was a hit with the American public.

Yet, according to TIME Magazine, Jackie’s traditional ball gown wedding dress, designed by Ann Lowe, complete with a portrait neckline, and a wide bouffant skirt with wax flowers, wasn’t the bride-to-be’s first pick. In fact, she had hoped to wear something entirely different on her wedding day.

“She has wanted a simple dress with sleek, straight lines, but bowed to family pressure to wear something more traditional, despite thinking it looked like a lampshade,” TIME reported at the time.