The Story Behind ‘In The Bleak Midwinter’

To begin with, it was published as ‘A Christmas Carol’ in 1872 in the American magazine ‘Scribner’s Monthly’. The magazine’s editor had met Christina Rosetti and asked her to write a Christmas poem for the magazine. So we owe a debt of gratitude to that editor, as well, of course, as to the author herself for giving us one of the best-loved Christmas hymns ever written.

Long before it came to be known by its first line, it was set to music by the composer Gustav Holst for the 1906 edition of The English Hymnal – accompanied by the simple yet poignant tune known as ‘Cranham’, twelve years after the death of the poet herself.
What a marvellously descriptive setting for a carol or indeed for the winter season itself. It could hardly be bettered. And, certainly, Christina Rosetti never wrote anything else to match it for sheer descriptive power. 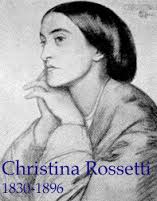 It is fitting that this great poem, ‘In The Bleak Midwinter’, should settle itself around the Nativity story in Bethlehem, including in it all that is beloved and awe-inspiringly familiar to us.

Christina was born in London on December 5, 1830. Her father, Gabriele Rosetti, had moved to England in 1821 and became a Dante scholar and tutor of Italian at King’s College, London. He and his wife had four exceptionally gifted children, all born in England, and all with a genius for art and literature.

Christina’s older brother, Dante Gabriel Rosetti, was perhaps the most famous literary member of the family. Of the Rosetti children, Maria and William were undoubtedly the lesser lights. Their father called them ‘the two calms’, and he called Dante Gabriel and Christina ‘the two storms’, no doubt by way of contrast.

Perhaps these ‘calms’ and ‘storms’ owed something to their early literary endeavours: the Rosetti children produced a family newspaper which they entitled ‘The Hodge-Podge or Weekly Efforts’. It is interesting to note that the first issue was dated May 1843, the year that Dickens wrote and published ‘A Christmas Carol’.

Sadly, it was also the year Christina’s father suffered a serious breakdown in his health and had to retire from his work.

‘Snow had fallen, snow on snow, snow on snow’: there has been much debate as to whether there was snow in Bethlehem at Christ’s birth. Tradition says yes. Some professional, and armchair, climatologists demur, citing dubious historical calendar intellectualism.