Annes Grove is an historic estate located near Castletownroche Co. Cork. It was the home of the Annesley family from the 1600s until 2015 when it was gifted to the Irish state and entered the care of the Office of Public Works, writes Allison Murray

Annes Grove House and Gardens, Castletownroche, is a hidden gem nestled in the Blackwater Valley of North Cork roughly halfway between Mallow and Fermoy. The property was gifted to the State in 2015 by the Annesley family and it has recently been re-opened to the public following a €2m restoration by the Office of Public Works (OPW). 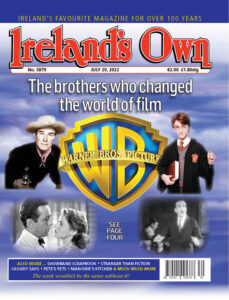 Annes Grove demesne spans almost two hundred acres and includes a thirty-acre garden and beautiful house which was built in the early eighteenth century. There is an ornamental gate lodge to the north west of the estate, and this was designed in 1849-53 by Benjamin Woodward of Deane & Woodward.

These were a distinguished firm of architects of the time and were also responsible for the museum at Trinity College, Dublin, the Museum of Natural History at Oxford University, and the Tudor Gothic quadrangle and early campus buildings at University College, Cork.

Originally owned by the Grove family (who hailed from Middlesex in England), this demesne formed part of a much larger holding of almost two-thousand five-hundred acres. Mary Grove inherited the estate from her father, Robert. She married Francis Charles Annesley, 1st Earl Annesley, in 1766.

They had no children, however, and Mary willed the estate to a number of life tenants with the remainder on their death to Francis’s nephew, Arthur, on condition that he take the additional surname Grove.