Patrick P. Rowan looks at some of the great medical disasters and
discoveries of the past

In the middle of the last century there occurred one of the worst disasters in medical history. In many parts of Europe, Canada, Australia and Japan, newborn babies were found to have various defects of body and mind.
Babies were born with some, or all, of their limbs missing or even with the long bones of their arms or legs absent so that misshapen hands or feet were attached at the shoulder or hip. Some were born with damaged brains or absent eyes or ears or with other defects. 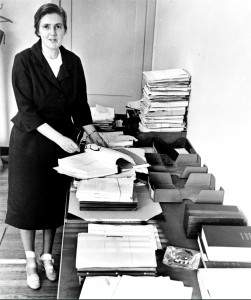 Doctors thought that some virus must be the cause, because, in 1941, Dr Norman Gregg had shown that a mother who developed rubella or German measles in early pregnancy could go on to bear a child with birth defects

.
Then, in November, 1961, a letter was published in the medical journal ‘The Lancet’ written by an Australian gynaecologist giving an explanation for the sudden increase in congenital defects in newborn babies since 1957.
Dr William McBride had a large obstetric practice in Australia and found that a number of his patients were having babies who were born with various defects. He wondered if these mothers had something in common.
Through a process of elimination he was able to pinpoint a drug called thalidomide that all these mothers had taken during their pregnancies. His letter opened the eyes of the medical world to the ill effects of thalidomide when taken during pregnancy.
Thalidomide is a synthetic drug which was first put on the market in Germany in 1957 and was eventually sold under 40 or 50 trade names. It was found to be a good sedative, inducing a pleasant sleep and never had fatal results from over-dosing. At that time barbiturates were in use as sleeping tablets and had many adverse effects. They were addictive and could cause death if taken in large amounts.
Another use for thalidomide was its benefit to mothers suffering from morning sickness in early pregnancy and this was the worst possible time for an expectant mother to take the drug. At first the drug was regard as being so safe that permission was given for it to be sold over the counter and even in supermarkets.
From Germany, the use of the drug soon spread to other countries, especially to the United Kingdom and to Japan. It was also available in Canada but when a drug company applied to have it licensed in the United States further safety tests were required by the doctor dealing with the application.
Dr Frances Kelsey (pictured) had just started work in the Food and Drug Administration and was not happy with the data supplied by the company about the safety of the drug. By insisting on further tests she delayed the application.
By her actions Dr Kelsey had saved thousands of mothers in the United States from having affected babies. For this she was presented with a gold medal by President Kennedy.
There had been some evidence of patients who were taking thalidomide developing peripheral neuritis, or damage to nerves in the limbs, but it wasn’t until Dr McBride’s letter was published that the extent of the damage that the drug could cause was realised.
In Germany, where the drug was freely available, there were two and a half thousand children suffering from birth defects due to thalidomide. Four hundred children were affected in the United Kingdom and Japan had over one thousand. Many other countries around the world had smaller numbers of children affected but the United States had only 16 due to the vigilance of Dr Frances Kelsey.
It was also estimated that a large percentage of babies were so badly affected by thalidomide that they did not survive birth. Governments were quick to learn the lesson that, if there was not a strict check on new medical products before they are let loose on an unsuspecting public, havoc could ensue.
For a decade after the discovery of the ill-effects of thalidomide parents of affected children battled through the courts in an effort to secure adequate compensation from the various pharmaceutical firms that had produced the drug.
My first experience of the ill-effects of thalidomide was while I was working in an obstetric unit in Britain in 1960. A child was born without a left hand and forearm. Instead, the limb tapered to a point just below the elbow. Everyone on the staff was shocked.
The deformity was discussed in whispers and everyone had great sympathy for the child’s mother. Of course it was not known at that time what caused such defects. It was nearly two years later before the cause was identified.
Thalidomide is rarely used now but it still is the drug of choice for treating a severe type of allergic reaction in leprosy where the skin develops painful ulcers and internal organs may also be affected.
Many thalidomide-affected people went on to become very successful actors, musicians, singers and lawyers. Perhaps the most successful is the internationally acclaimed bass-baritone Professor Quasthoff who is only four feet tall and has short upper arms and deformed hands.
There are still 32 thalidomide survivors living in this country. They have had very long negotiations with the Department of Health with a view to receiving adequate compensation for their disabilities.