In 1928, ten years after the execution of the Russian Tsar, Nicholas ll, Anastasia Tschaikovsky left Berlin and travelled on board the liner Berengaria heading for America. She was thirty-two years of age and claimed to be the youngest daughter of the Tsar of Russia.

She told the assembled press of her amazing escape from the bullets and bayonets of the Bolsheviks who murdered her family. The woman was not the first to claim familial connections to the Romanovs. There had been many imposters who claimed to be the missing children of the Tsar. 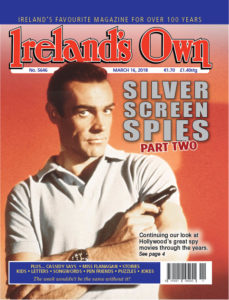 Before the fall of the Soviet Union in 1991, speculation remained that not all of the Tsar’s family had been executed, as no official records of their bodies had ever been released. This was compounded by the original Soviet claim that only the Tsar had been executed.

When the news broke in 1922 that a daughter of the Tsar had been found alive and well and living among them, numerous supporters rushed to her aid. The Imperial daughter had been found in a sanatorium in Berlin, recovering from a suicide attempt, two years previous when she jumped into a canal.

Her followers believed her mind was affected from her traumatic experience at the hands of the Bolsheviks. On her release from the sanatorium, the doctor declared her not cured, but not dangerous. She was given refuge by Baron von Kleist, a Russian émigré who believed her to be Anastasia.

However, not everyone agreed. Grand Duke Ernst, brother-in-law to the Tsar, hired private detectives who determined from records that Anastasia was in fact a Polish factory worker named, Franziska Schanzkowska.

Franziska was physically and psychologically injured in an accidental grenade explosion at the munitions factory where she worked in Berlin in 1916. This they attributed to her suicide attempt.

These findings were dismissed by her supporters, especially Gleb Botkin and his sister, Tatiana, who were Anastasia’s strongest supporters. The Botkins’ father was physician to the Tsar and died alongside him.

Gleb and Tatiana had played with the Romanov children and their support helped give credibility to Anastasia’s claim, that she was one of the lost daughters of the Tsar.