Elizabeth Berkery remembers her grand-uncle, Tomás Ashe, who died on hunger strike one hundred years ago.

The Kerry patriot and my grand-uncle, Tomás Ashe, was born in 1885 in the townland of Kinard which lies about three miles east of Dingle town. My great-grandparents, Gregory Ashe and Ellen Hanafin had ten children, one of whom was Tomás who would later achieve recognition locally as a teacher, gaeilgeoir, poet and musician. Indeed Tomás might well be described as a renaissance man, since he was endowed with many gifts. 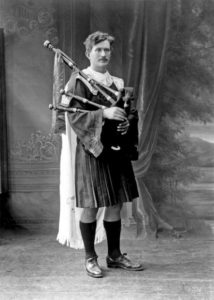 His death, in September 1917, as a result of forcible feeding while on hunger strike when his demand for recognition as a Republican prisoner was refused – captivated the nation and ensured his place in Irish history. However, less is known of his early life in Kerry, which was indeed the wellspring of his nationalism, his unwavering courage and his willingness to offer the ultimate sacrifice of his life for the cause of Ireland’s independence.

In his young days, Tomás was greatly influenced by his father, Gregory Ashe. He possessed a large repertoire of songs which he passed on to Tomás. Gregory was also an accomplished seanchaí or storyteller who was well versed in the folklore and history of Ireland.

A fluent Irish speaker, students of Irish came to the Ashe household to listen to his stories. Young Tomás Ashe listened frequently to the famine stories narrated by one of its survivors Thomas O’Shea, a neighbour and regular visitor to their home.
The Great Famine had a disastrous effect on the Dingle Peninsula, and the horrors and injustice which invariably accompanied it affected Tomás deeply.