What Has Happened to Communication?

Years ago, few people had a telephone. Nowadays, few are without one – or two, or three, or more…! Remember the draughty phone boxes, and patiently queueing until the occupant, devoid of all coins, had to leave? Were people more long-suffering, or had they simply no peaceful alternative.

Avoiding the coin crisis entailed getting the other party to call back from home, the need for metal money being averted – unless they stayed with J. Paul Getty.
Despite the primitiveness of it all, with that press button ‘A’, press button ‘B’ stuff, people did communicate. 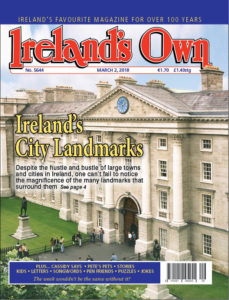 When my parents eventually got a telephone, my mother would phone my aunt over in Ireland and as a young lad, I’d have the delight of hearing her and saying a quick hello.

But, this had to be carefully staged, owing to a slight obstacle: my aunt had no telephone. A neighbour would invite her at a pre-arranged time, (watches synchronized), to use her phone.

What a thrill to have that means of communication! Initially, you’d dialled 100 and asked the operator to “put you through”, instead of using a code.

It was surely more romantic for a man longing for a Lily of Killarney to think “Killarney” than Lily of 064 as it was for another seeking a Rose of Tralee to say “Tralee” rather than dial 066.

Drama and romance were reflected in movie titles: “Call Northside 777” or lilting songs in musicals: “Plaza 044 33” (Judy Holliday in ‘Bells Are Ringing’).

A later development was the answering machine; in fact, nowadays, some never answer their phone, but leave it to the machine.

An apparent breakthrough for instant communication was that icon of our times, the mobile phone. However, I’m losing count of the people I call who have their phone switched off. Then there are those who have ‘voicemail’, the answering machine on the move with often the same poor call-back response.

And we have texts.

When two people apart have a phone, what’s the problem with talking in the conventional sense as in opening and closing mouths and using God-given ears instead of letting their fingers text?

They can’t all have laryngitis or need their ears syringed, or not want a third party to hear.

The other afternoon, I saw a couple walking together mesmerized by their cell phones. Were they perhaps texting each other just to use up their ‘bundle’, that special deal of so many ‘free’ texts, I wondered?

Then there are those who adopt their own language like “R U INN for T?” “I luv U”. “I 8 2 much for 1”. These show a worrying descent into numerical conversation in keeping with eleven digit cell numbers.

Admittedly, for those in love, not just with their mobile but with another person, the cell phone holds a wonderful key to keeping in touch.

Romantic songs like, “The Nearness of You”, take on a literal meaning as the object of your affection can’t get much nearer than merely centimetres at anytime, anywhere – as long as one of you is in credit.

That other great method of communication: the e-mail. These can come silently, night or day, but they’re only effective if the recipient is ‘switched on’ enough to look at his inbox regularly.

There are free translation services, English to Spanish, etc. online if you’re communicating with, for example, a señorita; but I’d guess you’d choose and check your words with the utmost care.

E-mails do pale in comparison to the letter for lovers. The envelope at the door; the familiar handwriting. Handwriting could have its own individual charm, the rounded letters here and there could be so feminine, and the charm of the name flowing with the ink at the end.WW
In efforts to replicate this, e-mail fonts come in a range of styles, like Lucida handwriting. But, it’s all rather artificial.
Again, handwritten letters can be treasured for years, ‘among your souvenirs’, not just deleted when your inbox gets filled.
Letters from famous couples have been sold at auctions for staggering sums. By contrast, imagine a future equivalent of Napoleon Bonaparte’s correspondence to Josephine in text on a defunct mobile!

And the ‘perfumed” letter?’ Although we can perform an Apple download and until recently send an Orange e-mail, no-one can send a single text with the perfume of orange blossom – not to mention a scented ‘bundle’ or e-mail!

So, while all these forms of communication, not to mention social media or Skype, have their merits, for heart-to-heart two-way communication, a man and woman being together, talking face to face, can never be replaced.

That’s the way it all began.