Who is The Galway Girl?

In his new book, On Raglan Road – Great Irish Love Songs and the Women Who Inspired Them, Gerard Hanberry turns the spotlight on Irish songwriters and their female inspirations.

This song tells a story that is simple and not uncommon: boy meets girl, this time in a place called the Long Walk in Galway, and they take it from there. 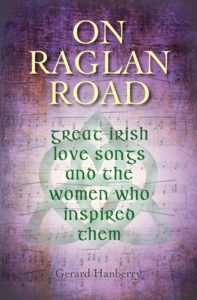 ‘Galway Girl’ bears many of the features of an ‘aisling’, an old Irish form of poem or song in which a man encounters a beautiful woman, often with otherworldly characteristics.
She enchants him with her charms and haunts him for the rest of his days as he wanders in an unending pursuit of feminine perfection inspired by his encounter. Patrick Kavanagh’s ‘On Raglan Road’ shares some of these attributes as does John Keats’ ‘La Belle Dame sans Merci’ and W. B. Yeats’ ‘The Song of Wandering Aengus’.
Could the song’s story be true? Is there a real ‘Galway Girl’?

The answer is yes. It is all true – or almost all true. The girl in question does not have black hair nor has she ‘eyes of blue’ but it is very easy to see how the songwriter fell for her at first sight. And their first encounter did not take place on Long Walk pier although the pair would take many strolls together in that romantic location as their relationship developed.

Also, the beautiful girl in question is not from Galway although she has lived in the city for many years and continues to do so. She is actually from Howth just north of Dublin where her father was a fisherman. But her mother is from the Aran Islands at the mouth of Galway Bay so she qualifies as a real Galway girl.

She spent every summer on the islands while growing up and continues to visit Inishmore regularly.

The American who came to Galway for the first time in the winter of 1997 is the country, rock and folk singer-songwriter and recording artist, Steve Earle (pictured below). After a series of personal problems Steve was trying to sort out his life and decided that Ireland would be a good place to spend some downtime. He had come to appreciate Irish music and the Irish folk tradition through The Pogues, who were guests on Steve’s major breakthrough album Copperhead Road, released in 1988.

Through Shane MacGowan and Terry Woods, he was introduced to some of Ireland’s top traditional musicians, including Sharon Shannon, and they told him about the vibrant music sessions to be found in the pubs of Ireland, especially in Galway and the west.
Steve already knew about Galway because he had earlier discovered that his great friend and musical mentor, the late country singer-songwriter Townes van Zandt, played his very last show in Galway in the famous venue the Róisín Dubh only weeks before his death on 1 January 1997.

Steve arrived in Galway and wrote the song ‘Fort Worth Blues’ about Townes: ‘There’s a full moon over Galway bay tonight, Silver light over green and blue.’ He said later that it was his way of ‘dealing with Townes’ death for the first time’.

Continue reading in this year’s Ireland’s Own Christmas Annual